What does Blockchain Interoperability mean and what you need to know about it.

Home > Blog  > What does Blockchain Interoperability mean and what you need to know about it. 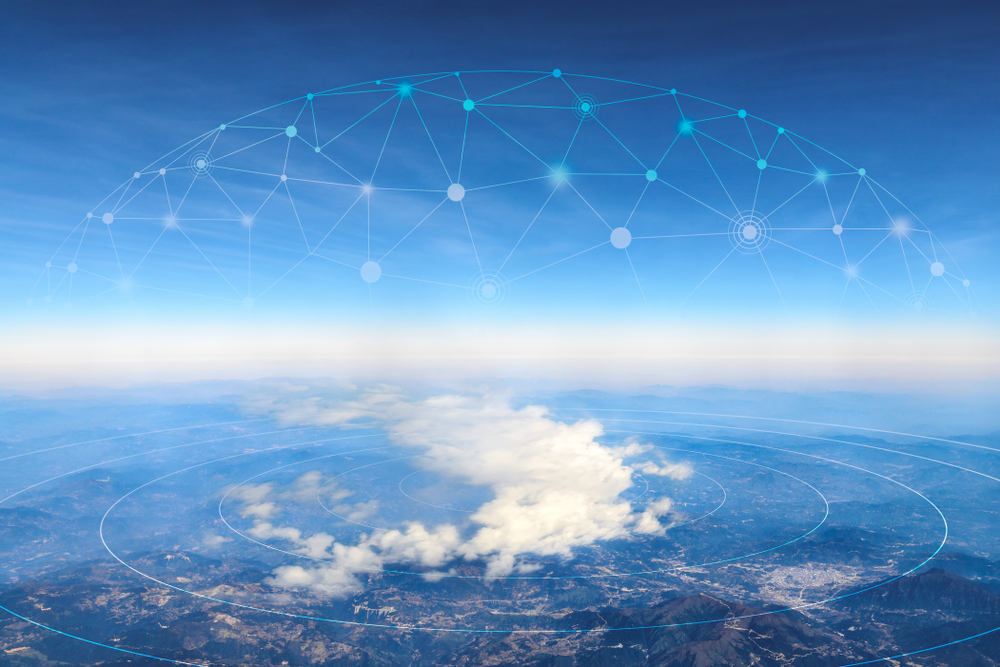 08 Nov What does Blockchain Interoperability mean and what you need to know about it.

Posted at 11:00h in Blog by Mason Komey 0 Comments

Blockchain is, without question, the most convenient method of data storage. This data is stored throughout a series of “Blocks” that are chained together, which is precisely where we get the name “Blockchain.” As convenient and transparent as it might be, it’s a double-edged sword. It provides a significantly secure way to keep your data safe and private by keeping everything enclosed within an authorized network of personnel. Because of this, the ability to share information across different blockchain networks is somewhat challenging and time-consuming.

Luckily, there’s a reliable solution to optimize the efficiency of the data-sharing process between two or more blockchain networks: Blockchain Interoperability.

What Is Blockchain Interoperability?

On its own, an individual blockchain is not capable of accessing any foreign data from another separate blockchain. This is due to the diversity among factors such as hashing algorithms, communities, and consensus models. Since blockchain-based projects are entirely isolated from one another, it’s much more challenging for blockchains that exist within the same industry to acquire information from different projects. This is true even for those that utilize identical technology to keep their data secure.

So, what happens when two or more blockchains in the same industry need to exchange data between one another? How is a blockchain-based application supposed to move beyond the traditional restrictions in order to excel amongst the competition? You guessed it. Blockchain Interoperability is, by definition, the ability to share and acquire data between different blockchains without the headache of any limitations or boundaries.

Basic interoperability can be broken down and explained in three different levels, each of which plays a significant role in the overall scope of blockchain interoperability. Let’s take a closer look.

At its purest, the Technical level of interoperability is what allows raw data to be shared with separate networks in the first place. Data is commonly shared via ethernet, fiber link, and anything else of that nature. In order for everything to run smoothly, there must initially be an established communications infrastructure.

Technical interoperability will typically result in bits and bytes being exchanged in an unambiguous manner.

Syntactic interoperability is what allows for the receiving network to read and process the data that has been shared. In addition to an established communications center, it also requires a standard structure or a common data format in order to exchange any information.

Syntactic interoperability will result in not only the initial bits and bytes being unambiguously exchanged but the structure of data as well. It’s one thing to simply receive data, but to read and understand it is a different ballgame, which brings us to the third type of interoperability.

Semantic interoperability is what allows for the shared data to be thoroughly understood by the separate network that receives it. Basically, on top of the success of the two previously mentioned forms, the content of the exchanged data is unambiguously defined.

If all is successful, the result is reliable, high-level interoperability between one network and another. These three forms of interoperability essentially allow a company to receive information from other networks, process the shared data, and respond accordingly.

The usage of blockchain is currently on the rise among companies from all over the world. In fact, it’s estimated that by 2020, there will be approximately 9,200 active blockchain projects stored within the GitHub repository. Keep in mind that each of these projects secures vital data by implementing a specific programming language, which isolates any other network from working together seamlessly. This is precisely why more and more companies are beginning to realize that in order to achieve evolution and mass adoption in their industry, blockchain interoperability isn’t a “maybe.” It’s a necessity.

The process of establishing reliable blockchain interoperability is commonly separated into two methods.

Because of the value that blockchain interoperability brings to the table, there are currently a few notable projects regarding the development of cross-chain platforms. Take a look at the list below.

Aion is similar to Cosmos in a few ways, but it’s more commonly used by the U.S. government and a few influential corporations in Canada. This is due to the fact that Aion is designed to integrate artificial intelligence (AI) into its consensus model while also using a scalable database. This, in itself, gives it an upper hand, as traditional blockchain systems are incapable of processing too much data at one time.

The most unique aspect of Ark is the feature that enables it to automate the creation of new blockchains within the established ecosystem. It’s widely supported and is essentially designed to create a level of scalable and adaptable blockchain interoperability. With its built-in support for various programming languages, it’s highly accessible to a broader community than its competitors.

Blockchain Interoperability is the ability to share and acquire data between different blockchains without limitations or boundaries. Basic interoperability can be broken down and explained in three different levels: Technical, Syntactic, and Semantic. Interoperability essentially allows a company to receive information from other networks, process the shared data, and respond accordingly.

The usage of blockchain is being adopted more and more by companies from all over the world. The process of doing so is completed either by open protocols or multi-chain frameworks.

To recap, here are some of the most prominent benefits that come with blockchain interoperability.

Although most blockchain-based projects have yet to adopt the idea of interoperability, it’s slowly but surely becoming part of the mainstream future. Our team here at Daxima is very excited to see how it evolves over the course of decades to come.

Ready to get started? Get your FREE consultation today, and leave everything to the pros! We’ll provide reliable software development solutions that fit your budget, meet your goals, and are delivered on time.