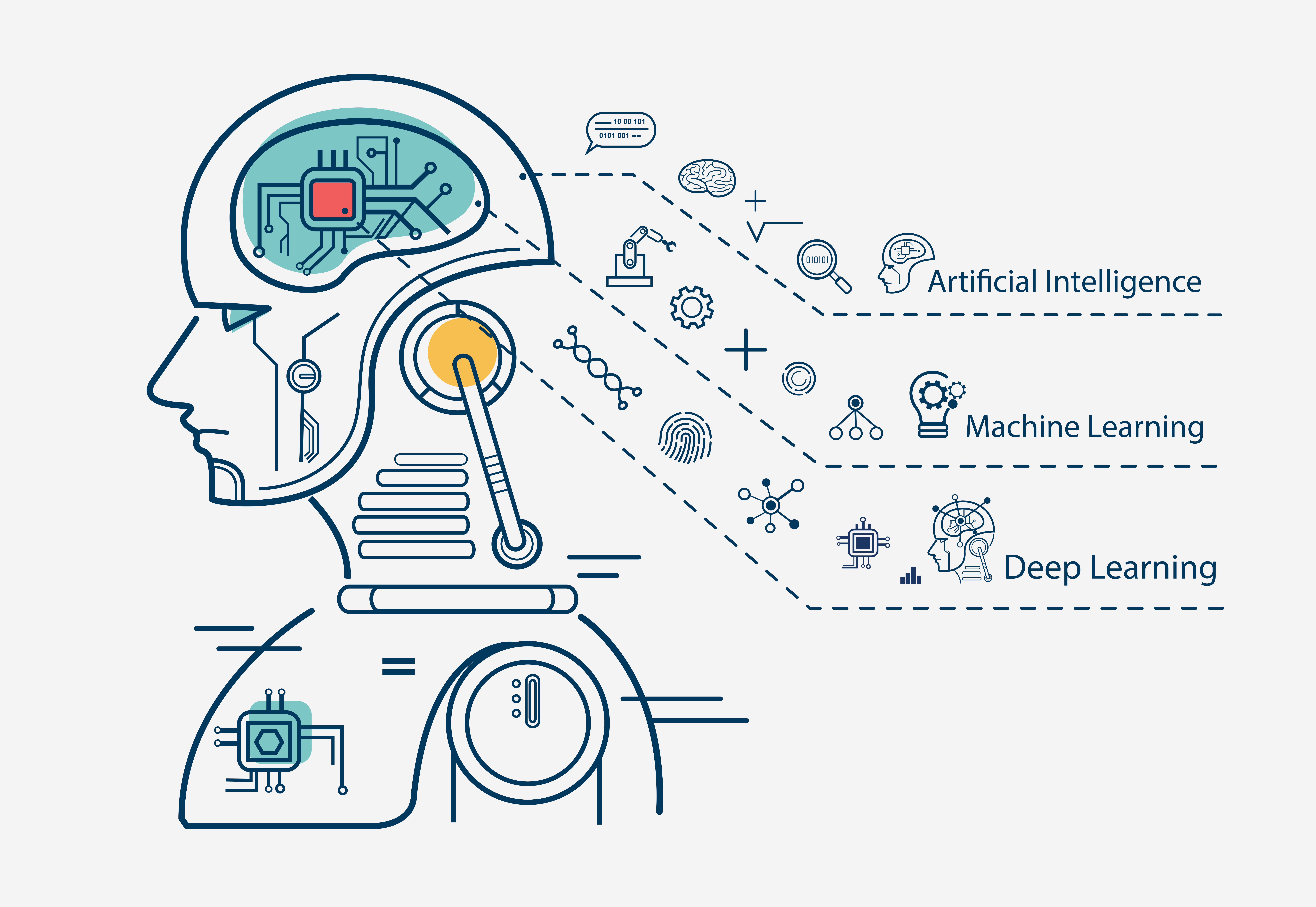 Posted at 13:55h in Blog by Mason Komey 0 Comments

Most of the time, when people hear the term Artificial Intelligence (AI), they assume that no other subset exists within. This could not be further from the truth. AI is actually composed of two other subsets, one of which is Deep Learning. Throughout the following article, we’ll cover everything you need to know about deep learning, why it’s so useful, and where it is applied today.

What Is Deep Learning?

Deep learning doesn’t come without its limitations. Below are a few perfect examples.

In terms of handling and processing unstructured data, deep learning is, without question, the most efficient method in doing so. However, a neural network requires a significant amount of data to be trained. Not every machine is capable of processing every bit of data all at once.

In order to train a neural network, it requires something called Graphical Processing Units (GPU), which consists of thousands of cores. GPUs are far more efficient in terms of computational power, but they’re also much more costly as opposed to Central Processing Units (CPU).

Training time is perhaps one of the most significant setbacks of deep learning. For instance, depending on the amount of data at hand, deep neural networks can sometimes take several months to train. The number of layers within the network can also contribute to the total amount of time.

Contrary to popular belief, a computer is not capable of feeling any sort of emotion or instinct. When your analysis paper is accidentally deleted, it’s not because your software has it in for you. It’s simply a malfunction. When humans learn, they rely on more than just data. Humans have the ability to grasp what will and won’t work, which is a result of instinct that has been passed from generation to generation via DNA. Because of this, humans and computers can excel better at different tasks. For instance, humans can reason, think through ethical solutions, and become emotional. A computer is designed to process large amounts of data and act based on the logic it has accumulated.

Another major misunderstanding about computers is that they’re aware. This is not true. In fact, a computer doesn’t actually understand anything, nor is it aware of the solution that it has provided. It simply provides a type of feedback loop and automation conjoined to produce desirable outputs in less time than a human can.

Why Deep Learning Is An Essential Technology

Now that you’ve scratched the surface of deep learning, we’ll cover why it’s so essential in today’s society.

Deep learning has helped optimize machine learning and AI to the point of a global phenomenon. Although a computer can’t actually feel human emotions, it can still learn to think according to logic. Deep learning allows machines to remain in a constant learning process, which is why, although we’ve come so far, we’re merely just beginning to uncover its potential.

Machine learning allows computers to communicate with humans. A lot of newer-model vehicles can actually listen to a verbal command from a human being and respond accordingly. For instance, you can command your vehicle to call a specific contact on your cell phone, and within minutes you’ll be connected. As a result, there’s no need to look down at your phone while you’re driving just to call someone.

Of course, this is but one of the many examples of why deep learning is an essential technology. There are a lot of different instances in which it can help secure our safety, such as identifying terrorist suspects or reporting on subject matters. It can also help employers and managers learn more about their industrial development and future.

Examples of Where Deep Learning Is Applied

Now that you understand the importance of deep learning, let’s explore some of the top examples of where it is applied today.

Rather than paying real customer support agents, major corporations will use deep learning to speak to their customers on the other line. Since deep learning can enable an automated machine to speak as a human being would, you may have even talked to one without even realizing it. In fact, depending on the optimization of the bot, most people will be unable to recognize that they’re speaking to an inanimate object rather than another person.

Deep learning can provide detailed results in the field of medical care. For instance, a neural network has the capability of detecting cancer cells and analyzing MRI images. Here’s a perfect example. Thanks to ProteinNet, one of the more recent breakthroughs in AI, doctors are able to use deep learning to predict the structure of a protein in a fraction of a second.

Tesla, Nissan, and Apple are three of the world’s largest corporations with one thing in common: each of them is working to develop and manufacture self-driving cars through the use of deep learning. For example, Tesla Autopilot is a feature that uses deep learning to enable the vehicle to perform tasks such as lane centering, adaptive cruise control, lane switching, self-parking, and even being summoned from its parking spot.

Contrary to popular belief, a computer is not capable of feeling any sort of emotion or instinct. A computer is designed to process large amounts of data and act based on the logic it has accumulated. A computer doesn’t actually understand anything, nor is it aware of the solution that it has provided. Although a computer can’t actually feel human emotions, it can still learn to think according to logic. Deep learning allows machines to remain in a constant learning process, which is why, although we’ve come so far, we’re merely just beginning to uncover its potential.

Ready to get started? Get your FREE consultation today, and leave everything to the pros! We’ll provide reliable software development solutions that fit your budget, meet your goals, and are delivered on time.