What Will Blockchain Be Used For in 2019?

Posted at 11:24h in Blog by Jackie Rednour-Bruckman 0 Comments 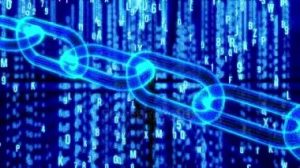 Daxima Software is working on blockchain technology for traceability in food safety with a cattle ranching conglomerate in the United States and this is only one major industry that blockchain will completely revolutionize. Disruption happens in industries when the business as usual becomes nothing you have ever seen before. For example, web apps and online payment systems have enabled an entire industry called the gig and sharing economy. Think of connected cars or fleets of cars that are independent of each other but still communicating because of technology and the end user who wants something from each of them is able to push some buttons and with geo location services able to jump in and out of a car without opening a wallet or touching a dollar bill at all. Similarly, that same user is able to click on some stars and hit a submit button and the service that was just provided by a total stranger is uploaded into the fleet and shared with everyone, so this service provider must be striving for more stars each time and tips as well in order to be profitable over the competition.

Blockchain technology will democratize the internet and keep several industries honest and transparent.

The major industries that blockchain will be used for in 2019 are food safety, financial transactions, cannabis and hemp strain patents, automotive, and energy industries. The basis of blockchain is a general distributed ledger where no one entity controls the flow of data or the verification of data. Basically, the middleman is cut out or rather the middleman doesn’t control the flow of data or the flow of transactional exchanges anymore and transparency and shared auditing of the data is possible. Instead of logging in to one platform owned by one company, you will be able to log into a network where information is freely flowing and shared by multiple operators who keep the authenticity intact. A ham radio operator has a handle or number they operate under while sharing signals that are universally understood. Send a fax and get that fax back with a comment written on it and keep faxing it on with more comments and you get the basic methodology of remaining trustworthy.